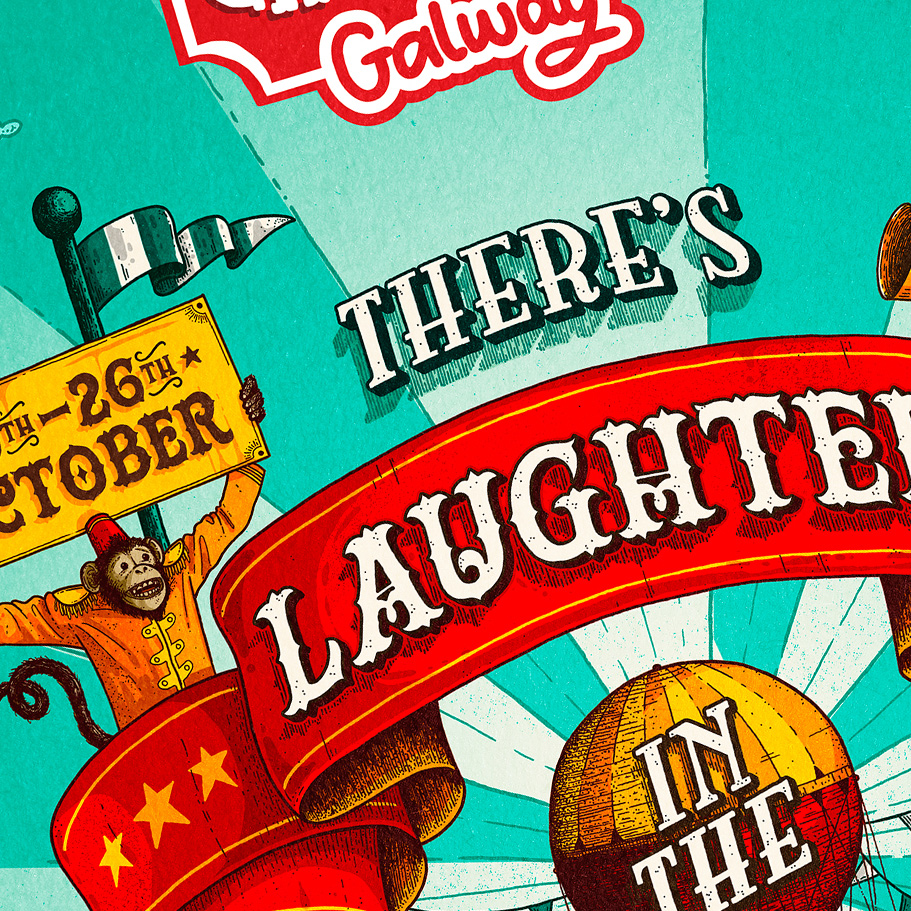 Crafting a vintage carnival look to one of Ireland's top comedy festivals.

Vodafone sponsors some of the biggest music and comedy festivals in Ireland, including the Vodafone Comedy Carnival Galway. Our task was to promote the event, starting by designing a whole new identity announcing Vodafone as the main sponsor.

It didn't take too long to understand that the look should come from a vintage circus funfair, including the crafty etch style, parades and playful characters.

In parallel, the talented Alan McCafferty came up with a line that wrapped-up the look, the festival and its location: "There's laughter in the Eyre." A clever play with words highlights the Eyre Square, one of Galway's landmarks and where the festival takes place.

Key Visual
The result of weeks of hard work between several artists, including 2 illustrators. The logo was designed by Fuchsia MacAree and the illustration by Tobias Hall. 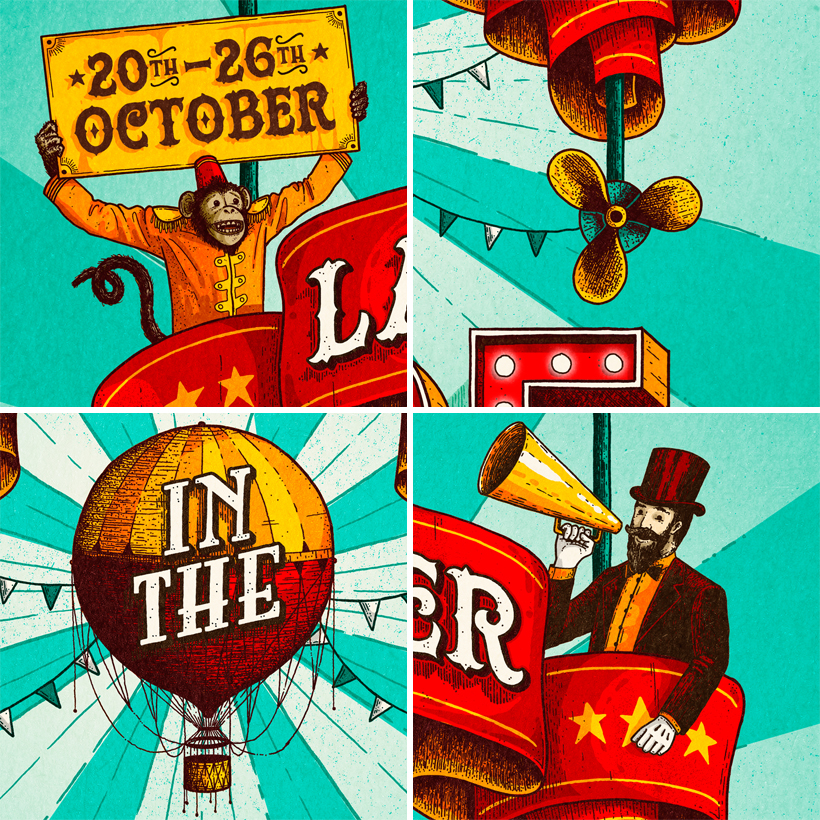 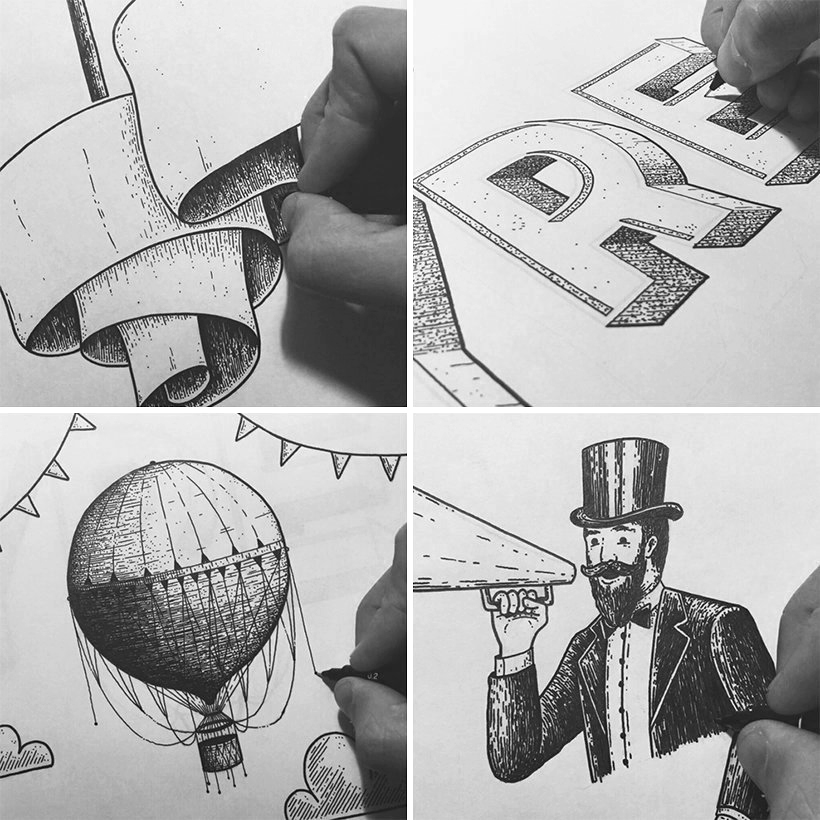 —
We also delivered a song that became the festival theme and a radio spot.

BACK TO ALL PROJECTS

Get in touch:﻿
[email protected]﻿